After an explosive run of “Tiger Zinda Hai” at the Box office, Salman Khan is back with another big bang action thriller Race 3. Race 3 is the sequel to Race 2 and is the 3rd movie of the Race franchise and is definitely going to be the most exciting of them all after Sallu Bhai joined the franchise. Raving engines, some serious action, and blustery songs are everything you get on a huge scale in a Race movie and believe us you cannot ask for a better eidi this eid. The movie is directed by producer turned director Remo D’souza with Jacqueline Fernandez, Daisy Shah, Saqib Saleem and Bobby Deol also starring in the movie.

Watch the Race 3 Official Trailer Below.

‘Sanju’ is a new upcoming biopic of the famous Bollywood actor Sanjay Dutt which shall portray all the important incidents of his life. The movie stars Ranbir Kapoor in the lead who shall be playing the role of Sanjay Dutt in the movie. After the look of Ranbir Kapoor as Sanjay Dutt was leaked, the excitement of the release of the movie has been equal among the media, critics and fans. The movie is scheduled to be released in March 2018.

Checkout the Official Trailer of Sanju below: 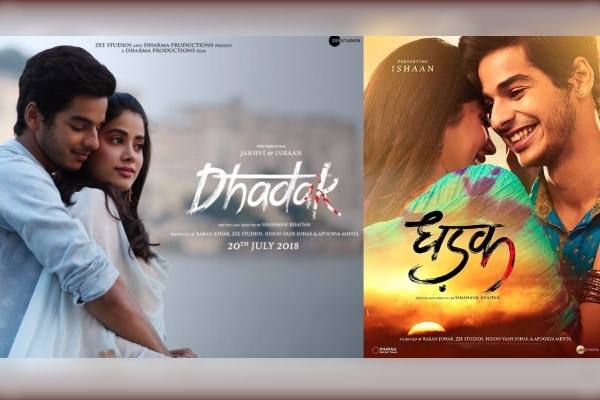 Dhadak is an upcoming Bollywood romantic drama film which is directed by Shashank Khaitan. Dhadak features two new budding debutants, Ishaan Khatter and Janhvi Kapoor in lead roles. This movie is a remake of Marathi language film Sairat which was released in 2016. We’re eagerly waiting to watch Dhadak in our nearest cinema halls.

Manikarnika: The Queen of Jhansi is an Indian epic biographical movie based on the life of Rani Laxmibai of Jhansi. Actress Kangana Ranaut will play the title role of Rani Laxmibai and actors Atul Kulkarni, Sonu Sood and Suresh Oberoi will play supporting roles in the movie. The movie is being directed by National Award Winning Director Krish.

Checkout Official Trailer of Manikarnika: The Queen of Jhansi below:

Fanne Khan is a new upcoming 2018 Bollywood musical comedy movie, helmed by Atul Manjrekar. Fanne Khan is an official remake of the Oscar nominated Belgian 2000 film Everybody’s Famous! In this movie you fill find Anil Kapoor, Aishwarya Rai Bachchan and Rajkumar Rao in lead roles. This multi-starrer flick is a take on body shaming, where Pihu Sand is a 17-year-old who dreams to be a popular pop star.

Gold is an upcoming 2018 Indian sports movie directed by Reema Kagti and produced by Ritesh Sidhwani and Farhan Akhtar under the Excel Entertainment banner. The movie is based on the life of Hockey player Balbir Singh, who was one of the member of the team that won the first Olympic medal for India as a free nation in 1948. The movie stars actor Akshay Kumar and Mouni Roy in lead roles and Kunal Kapoor and Nikita Dutta in supporting roles.

Watch the Gold Teaser Below:

Full of Super stars this is a pretty unbelievable movie coming up with its teaser and trailers and more details in September 2018. Shah Rukh, Aamir Khan, Rajnikanth, Amitabh Bacchan, Hritik Roshan, Deepika Padhukone, Aishwarya and others starring together in this awaited block buster. Watch this first look of this Great Mahabharata releasing in 2020.

The poster of the sequel of the much-awaited college drama, Student of the Year franchise, is finally here. The director of the movie, Punit Malhotra recently unveiled the poster of movie on Twitter with the caption – “The FRANCHISE continues!!!!”. The poster of the movie featured Tiger Shroff, holding the tagline ‘Admission Open 2018’. According to the buzz, Tiger’s rumoured girlfriend Disha Patani and Chunky Pandey’s daughter Ananya Pandey have been selected to play the leading ladies in the sequel.

Shahrukh Khan as a Dwarf! , yes you heard it right the ‘King Khan’ is back with yet another surprise for his millions of fans. Be it a lover, Don, Teacher, Villian, Coach or a Fan of himself Shahrukh Khan is the best when it comes to mastering different characters and with yet another year he is back with another offering ‘Zero’. This movie is the most anticipated of the upcoming Bollywood movies of 2018 after the actor launched the teaser of the movie as a new year gift for his fans, the film also stars Katrina Kaif and Anushka Sharma in pivotal roles.

So, this was the list of Upcoming Bollywood Movies in 2018. Check out the dates and get ready to book tickets online to watch your most awaited movie.